2021 Celebrity Engagement Round Up 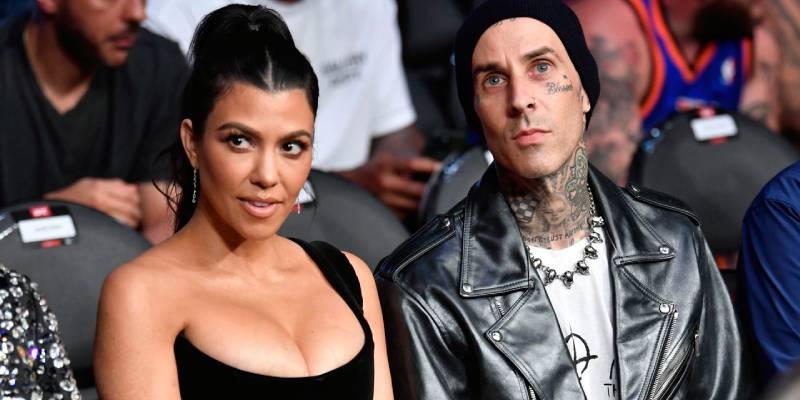 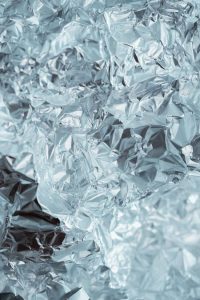 Not even a global pandemic can stop love and it certainly hasn't slowed down the engagement season. With an abundance of famous faces getting down on one knee and saying ‘yes’ to their loved ones, 2021 has really been a rollercoaster of emotions and memories but we can look forward to some celebrity marriages with a smile!

Social media feeds have been filled with proposal announcements and sparkling celebrity engagement rings. From the Kardashians to Britney Spears - love is certainly in the air! In this blog post, Hatton Jewellers looks back on the best and most talked about celebrity engagements of 2021. 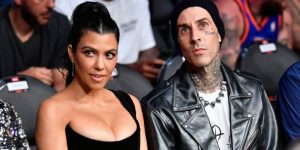 One of the most talked about engagements of 2021 has to be Kourtney Kardashian and Travis Barker, who popped the question in October in Montecito, Calif. The Blink-182 drummer set up an elaborate floral arrangement in the sand before he popped the question to the ‘Keeping Up With the Kardashians’ star.

The ring was estimated to be worth $4.5 million. 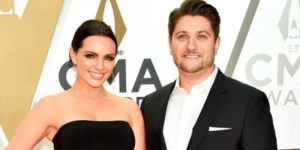 She's heading to the altar! Country singer, Renne Blair, got engaged to music producer Jordan Schmidt on the 17th September whilst they were on holiday in Miramar Beach. Jordan also surprised the bride-to-be with a boat full of close friends and family to celebrate their engagement. 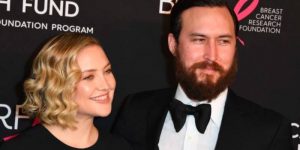 Kate Hudson and her long-term boyfriend Danny announced their sweet engagement with a lovely Instagram post on the 13th September, captioning it ‘Let’s go! 👰‍♀️💒🤵🏻‍♂️’. This was shared with her followers hours before hitting the Met Gala in an all-pink Micheal Kors dress. 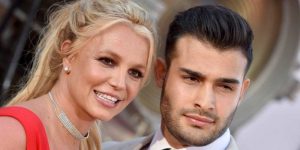 After five years together, much-loved Britney Spears and Sam Asghari got engaged in September. Asghari proposed to Spears at her home with a beautiful ring that has a 4-carat round brilliant stone in a platinum cathedral setting, enhanced with a floating solitaire design. It also has Asghari’s nickname for Spears, “Lioness,” engraved inside the band.

The engagement ring is believed to be around $70K. 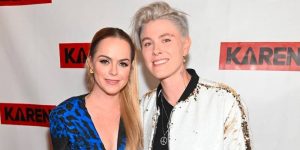 A more public proposal - Anne Cline, girlfriend of the ‘Orange is the New Black’ star Taryn Manning, jumped off the stage during a performance to pop the all important question. Sadly they have now split, even though it was short-lived, it was still a romantic whirlwind engagement. 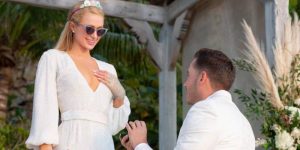 Hilton settled on a 24-carat canary diamond ring that was valued at a whopping $4.7 million. 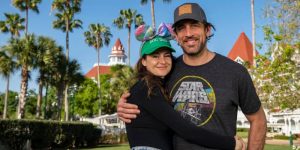 An accidental announcement! Actress Shailene Woodley and NFL player Aaron Rodgers got engaged earlier in the year, however Aaron let the announcement slip during a live interview when he called Shailene his ‘fiancée’. So of course, fans quickly put two and two together. 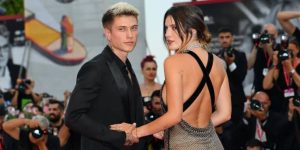 The former Disney star Bella Thorne said ‘yes’ to her boyfriend, Italian singer Benjamin Mascolo on the 20th March. Bella posted a series of post-proposal snaps on Instagram, featuring her pear-shaped diamond ring and captioning it: ‘You would have said yes too 👏👏.’ 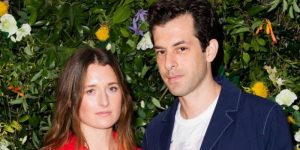 A perfect match! Musician Mark Ronson announced his engagement to Meryl Streep's daughter, Grace Gummer, in June. The pair were first photographed together in September 2020. 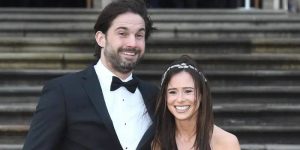 Former ‘Love Island’ contestants Camilla Thurlow and Jamie Jewitt confirmed their engagement on February 19. They announced their engagement to the world with their beautiful baby girl, Nell, wearing a baby grow saying ‘Mummy will you marry my Daddy?’. They shared their engagement on Instagram with the caption, ’the most perfect ring that only the person who knows me the very best would be able to design for me ❤️ only you could totally surprise me and at the same time be exactly the wonderful person I know and love. What a perfect evening with these two, my future husband and our darling Nell 🥰.’ 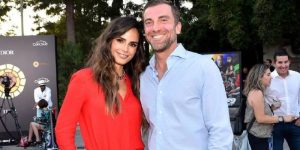 Jordana Brewster, the ‘Fate of the Furious’ star, announced in September that tech CEO Mason Morfit had finally popped the question. She captured a selfie featuring her massive diamond gem, on Instagram with ‘❤️JB soon to be JBM❤️.’ They have been living happily together since July 2020. 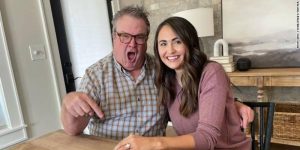 The ‘Modern Family’ star Eric Stonestreet got down on one knee to pop the question to his longtime lover Lindsey Schweitzer in August. Showcasing their engagement and her beautiful ring in a series of Instagram photos while parading his various emotions, the funny caption jokingly read: “She said, ‘She’d have her people call my people.’” 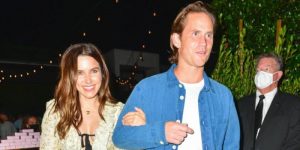 Entrepreneur Grant Hughes asked ‘One Tree Hill’ star Sophia Bush to marry him during a romantic vacation to Lake Como, Italy, in August 2021. Bush shared a photo of the surprise proposal on Instagram and wrote, ‘So it turns out that being your favorite person’s favorite person is the actual best feeling on planet Earth #YES.’

Her diamond engagement ring gives off Meghan Markle vibes and is worth around $150K. 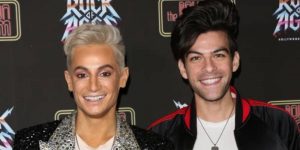 A couple of weeks after his sister Ariana Grande got married, Frankie announced his engagement to Hale Leon on the 8th June on Instagram. The beautifully written caption read - ‘Ok. So here’s more of our engagement photoshoot that no one knew was for our engagement including @haleleon and the photographer @toddthephotographer. 🤣 I literally planned a vacation to Palm Springs for Hale and I to celebrate our 2 year anniversary and then told him we were going to Joshua Tree to meet my photographer friend who would take a few pics for insta…meanwhile I was fully intending on using these for our proposal announcement! Haha! I mean… Thank GOD you said yes babe. I love you. 😜💍😍❤️🏳️‍🌈’ - simply beautiful!

The rings feature 2.76 carats of diamonds arranged in a cable pattern, and retail for $10,250 each. 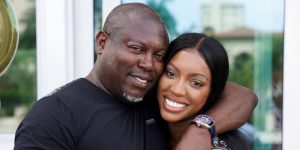 Porsha Williams, ‘Real Housewives of Atlanta’ star, confirmed her engagement to her co-star’s ex-husband, Simon Guobadia, after just one month of dating. Another adorable Instagram announcement with the caption saying: ‘Our relationship began a month ago—yes we are crazy in love. I know it’s fast but we are living life each day to its fullest. I choose happiness every morning and every night.’

Her engagement ring is estimated at a value of $1 million. 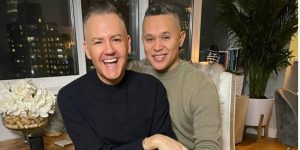 Back in February Ross Matthews announced on social media that he was engaged to Dr. Wellington García. “Fiancé, you stay! I am so proud to announce that after over a year together – navigating a pandemic, quarantine and opposite coasts – the smartest, funniest and kindest man I’ve ever met said, ‘Yes!’’’ Mathews tweeted with a photo of him and García wearing matching rings. 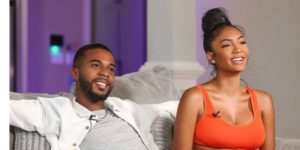 A speedy engagement - ‘Real Housewives of Atlanta’, Falynn Guobadia announced in October that she was engaged to Jaylan Banks, the man her ex-husband accused her of cheating with. After only a few months of dating the happy couple are engaged and expecting a child together. 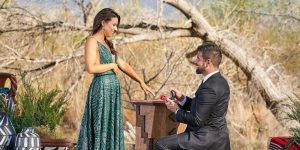 Katie Thurston from ‘The Bachelorette’ said ‘yes’ to Blake Moynes’ proposal during the August 9 season finale of the ABC dating show. Moynes popped the question with a 3 carat Neil Lane sparkler at the end of an emotional episode. 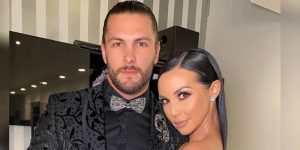 The couple first sparked engagement speculation in late July when she stepped out wearing a massive ring on her left hand, which she confirmed on Instagram on the 23rd July. ‘Vanderpump Rules’ star Scheana Shay and personal trainer Brock Davies also welcomed their daughter, Summer Moon Honey Davies, in April.

Her ring is an exquisite and non-traditional piece costing around $15K. 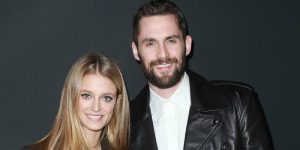 Model Kate Bock was given the best birthday back in January when boyfriend Kevin Love popped the question. They first crossed paths back in 2016 and gushed about their happy engagement on Instagram with the lovely caption, ‘My Fiancé. The Joy of My Life.’