Hip Hop Jewellery: Guess the Rapper from Their Chain 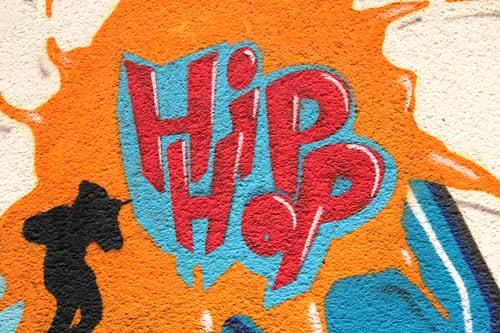 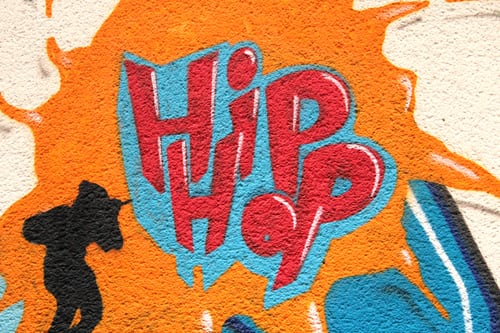 From diamond cuban link chains to diamond encrusted pendant chains, rapper bling has become iconic to the hip-hop industry and is often worth hundreds of thousand of dollars. But how much do you know about your favourite rapper’s bling?

With this in mind, Hatton Jewellers have come up with a quiz to test your knowledge of famous rapper chains. Can you guess the hip hop artist from their jewellery?

Take our test to find out or to learn more about the true costs of these elaborate custom chains, check out our blog on the 15 most expensive gold chains in hip hop. 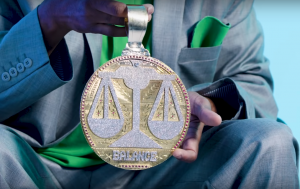 This chain is worn by an iconic British-American rapper who rose to fame with “Doug E. Fresh & the Get Fresh Crew” in the mid-1980s. Known for being one of the greatest storytellers within the rap industry, his lifestyle is the epitome of flashy and eccentric, with this particular chain costing approximately $250,000. 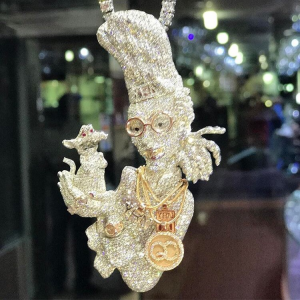 This chain is owned by 90’s born American rapper, singer, songwriter and record producer. Costing approximately $250,000, this piece was actually designed to represent this rapper as Disney’s Ratatouille. Best known for being the co-founder of hip hop trio “Migos” and featuring in several chart-topping singles including DJ Khaled’s “I’m The One”, this hip-hop star is well-known for his bling accessories.

Who Made Rapper Chain Number 3 Famous? 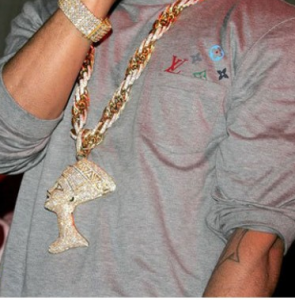 If you’re a fan of this hip hop legend then you’ve probably seen him sport many chains over the years. This men’s gold chain, known as the “Nefertiti chain”, cost around $100,000. The 70’s born American rapper began his solo career in the year 2000 with his debut album “Country Grammar”, which is still his best-selling album to date. This rapper also won a Grammy Award in 2003 and another in 2004.

Which Hip Hop Star Does Chain Number 4 Belong To? 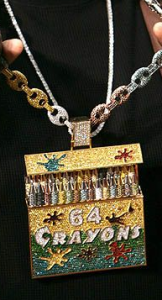 This Jamaican-American 90’s born singer, rapper and songwriter is known for hit songs “Beautiful Girls” and “Fire Burning”. His career took off after he was discovered on MySpace and subsequently signed to Beluga Heights in 2007, in a partnership deal with Sony. Worth $500,000, this diamond, emerald and ruby-studded crayon box chain has not been seen since 2007, when it allegedly went missing after he attempted to ship it to a jeweller in New York. 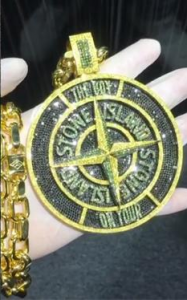 This popular music star actually first came to fame in 2001 after starring in teen drama series, “Degrassi: The Next Generation”. He released his debut studio album, “Thank Me Later”, in 2010, which instantly hit the charts. Having won four Grammy Awards, six American Music Awards and two Brit Awards, it’s no surprise that this bling belongs to a massive Stone Island fan with a very flashy lifestyle. Worth around $100k, the pendant features black, green and canary yellow diamonds.

Rapper Chain Number 6 — Who Owns This? 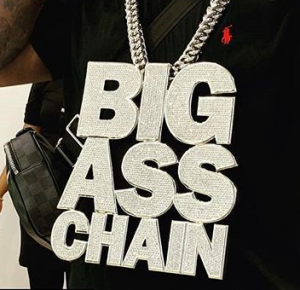 This Floridian born rapper is known for founding the record label “Nappy Boy Entertainment”, which he established in 2005. This was the same year he released his debut album, “Rappa Ternt Sanga”, which also launched in 2005. This 10lb “BIG ASS CHAIN” was purchased in 2009 for $410,000 and features yellow gold, white gold and 197 carats of diamonds.

Who Broke a World Record With Chain Number 7? 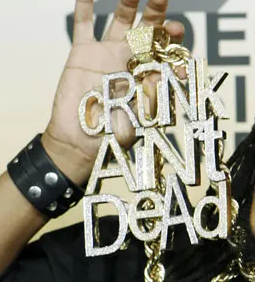 This hip-hop star is known for bringing the rap genre into mainstream success with singles such as “Get Low”. He often collaborates with fellow rap star Pitbull and is known for his multi-platinum hit collaboration with DJ Snake, “Turn Down for What”, a hit that was nominated for a Grammy Award for Best Music Video. Worth $500,000, his flashy “Crunk Ain’t Dead” chain features 73 diamond carats and made it into the Guinness World Records for “largest diamond pendant”. 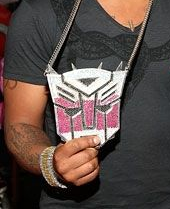 This American musician was born in the 1980’s and is originally best known for his rap music, with his song “Sexy Lady” becoming a massive hit. Later on in his career, he rose to prominence as a record producer in the hip hop industry. The diamond encrusted chain, made to replicate the Transformers logo, cost around $70,000 and was stolen from him in 2008.

This extravagant $250k chain is dripping in jewels. Bought for this hop hip star by pop legend Cardi B, it features 150 carats and is shaped like an abandoned house. This American rapper, singer and songwriter is a member of the hip hop trio “Migos”. He reached no.5 in the UK charts featuring on Tyga’s song “Taste”, while his own debut solo album peaked at no.19.

Who Recreated Themselves With Hip Hop Chain Number 10? 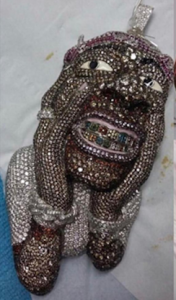 Costing $150k, this rap star commissioned a diamond pendant of his own face. All of the diamonds for this piece were sourced naturally, meaning none of them were artificially coloured. An American rapper, singer and songwriter, he first gained recognition for singles “One Night” and “Minnesota” in August 2015. His most recent release was his fourth studio album, “Lil Boat 3”, which landed in May 2020.

How well do you know famous rapper chains? We’d love to hear how you did! Why not let us know on Instagram or Facebook?