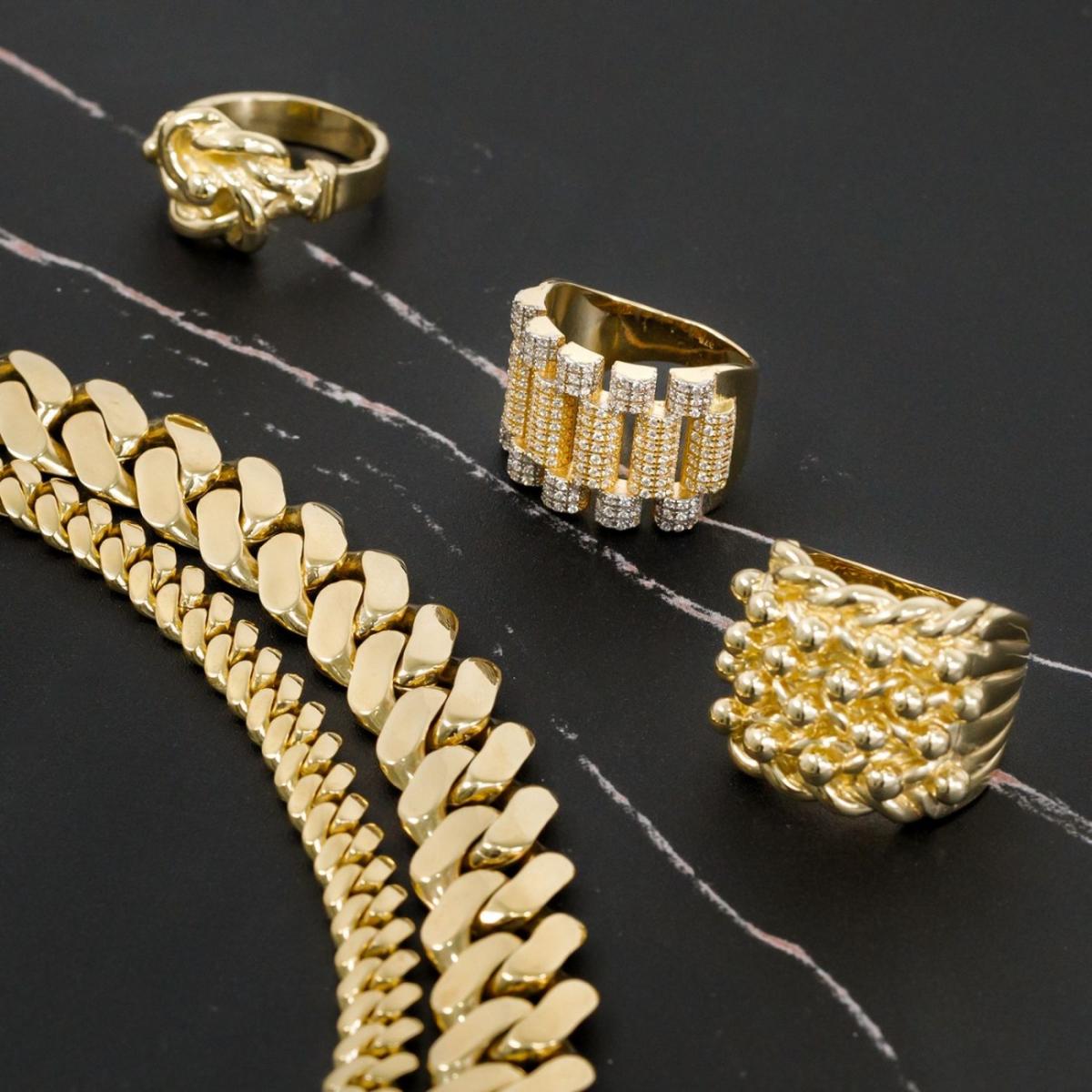 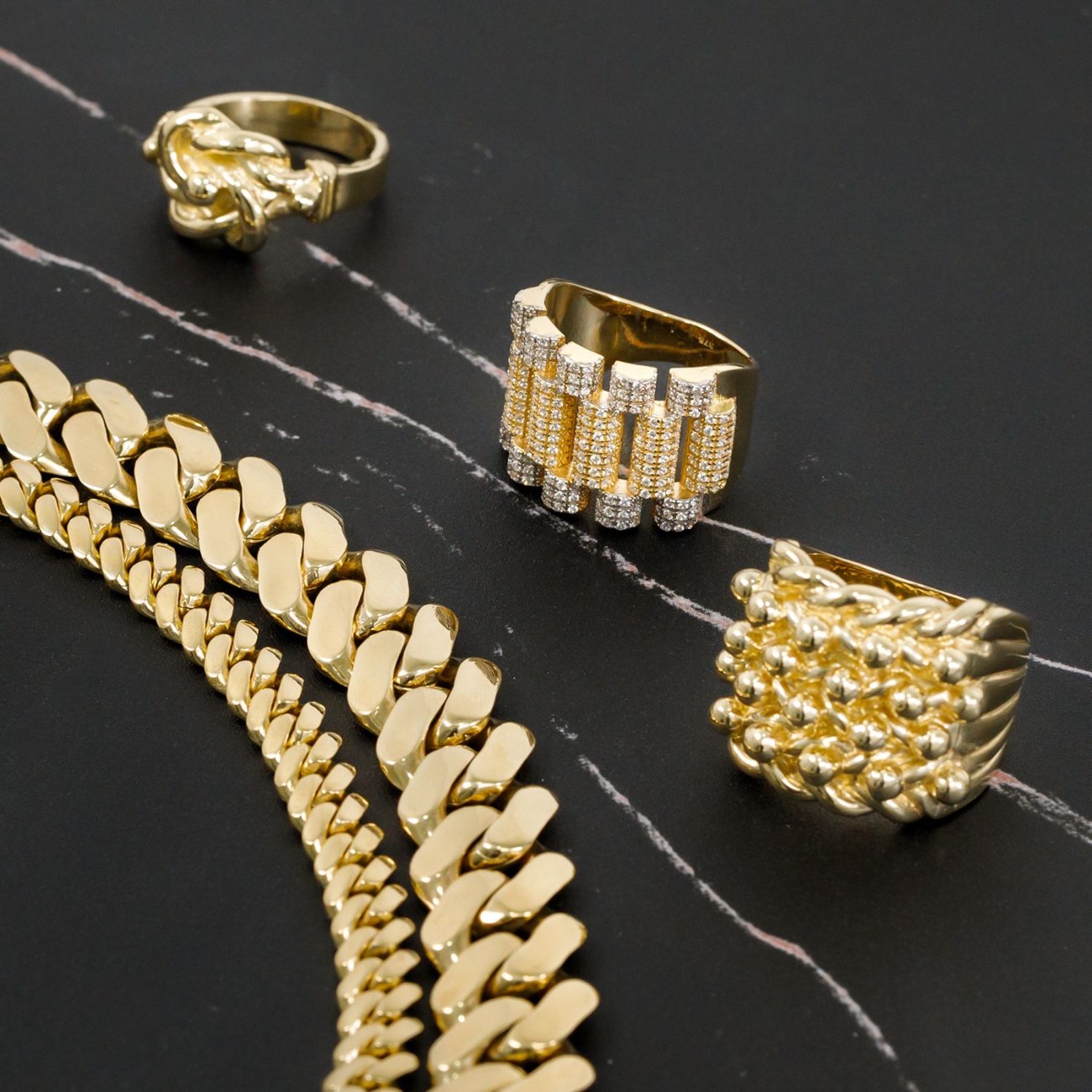 From gold chains to diamond rings, jewellery has been a fashion staple for thousands of years, and what once was a symbol of wealth and prestige is now a fashion statement and a token of love. Throughout history, people have donned gold jewellery to show off their status. Today, some still want to impress by having the most glamorous and most famous pieces.

For years people have been trying to break world records, with the longest gold chains, heaviest gold rings and of course, the most expensive diamond in history: the Cullinan Diamond. 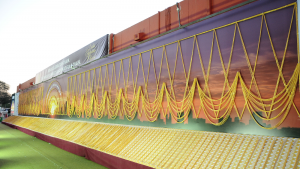 Gold chains for men — mainly associated with rappers and punks — have been worn as religious emblems or held medical information for many years. Over time they have evolved, becoming a versatile piece of jewellery that hold an abundance of wealth and status. Finding the best men’s gold chain is mainly about picking the right length, but for some it’s all about breaking records with the longest gold chain in history.

The world’s longest gold chain measures a staggering 5522m (5.5km), making it a record-breaking piece. The hold chain was made by the Dubai Gold and Jewellery Group in January 2015 and showcases a fineness of 22-carat gold..

The Most Expensive Diamond per Carat 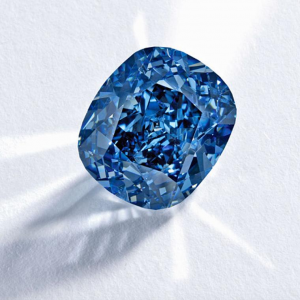 Over the centuries diamonds have symbolised love, purity and faithfulness. Known as love-bearing crystals, they make engagement rings and other pieces of jewellery extra special. These sparkling stones are eye-catching, so imagine a gold band or necklace with the most expensive diamond on — breathtaking!

The most expensive diamond, per carat, is called the Blue Moon of Josephine, which is valued at an astonishing £2,665,890 ($4,028,940). The cushion shaped, flawless blue diamond is made up of 12.03-carat, found in the Cullinan mine in 2014. Not only does it hold the record for being the most expensive, it was also the first diamond to surpass $4 million per carat at auction. 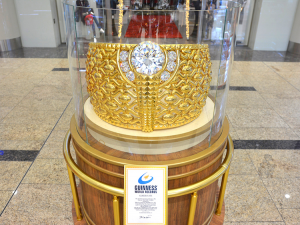 Gold for many years has symbolised good luck and wealth, as well as confidence. Placing a gold ring on your finger can attract an abundance of strength and consciousness, so why wouldn’t you want the biggest of them all?

The world’s largest gold ring was created by Mokingran Jewellery Group Co. in Changle, China. Handcrafted in May 2016, the ring weighs an outstanding 82.2kg and is made from 24-carat gold,  making it a truly fascinating recording-breaking statement piece. 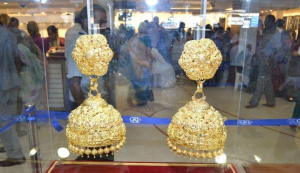 Earrings are worn for all kinds of reasons, from spirituality and religious beliefs to status and style, so it’s no wonder that someone wanted to make the largest and the finest pair. The world’s heaviest earrings weren’t made to be worn, but they are certainly an impressive piece of jewellery.

Handcrafted using 22-carat gold, GRT Jewellers in Dubai created several pairs of gold chandelier earrings, weighing over 1 kilogram each. The earrings are estimated to be worth an outstanding cost of $55,000! 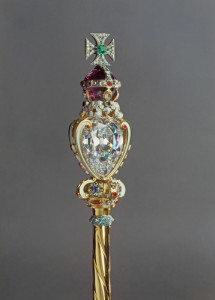 At 530.4-carats, the Cullinan I (or The Great Star of Africa diamond) is the largest cut, fine-quality, colourless diamond in the world. The stone had to be redesigned in 1910 to be mounted into the head of the Sovereign’s Sceptre with Cross, where it still is today.

The Ring With the Most Diamonds 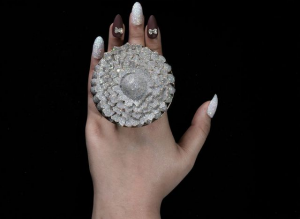 Claiming international recognition, this ring is truly the definition of bling. Created in India by a 25-year-old Jeweller and his company, Renani Jewels, this ring holds an incredible 12,638 diamonds, making it the world record holder for the most diamonds set on one ring.

Using 38.08-carat gold, no two petals are the same on the eight-layered marigold inspired ring. The ring is wearable and comfortable according to Renani Jewels, however it weighs 165g, making it a very heavy piece for your hand. But nevertheless, with its impressive weight and craftsmanship, this ring truly deserves its record-breaking title.

Do you know any more record-breaking jewellery moments? Why not let us know on Instagram or Facebook?

For more articles like this, check out the Hatton Jewellers blog?