The History of Gold Chains 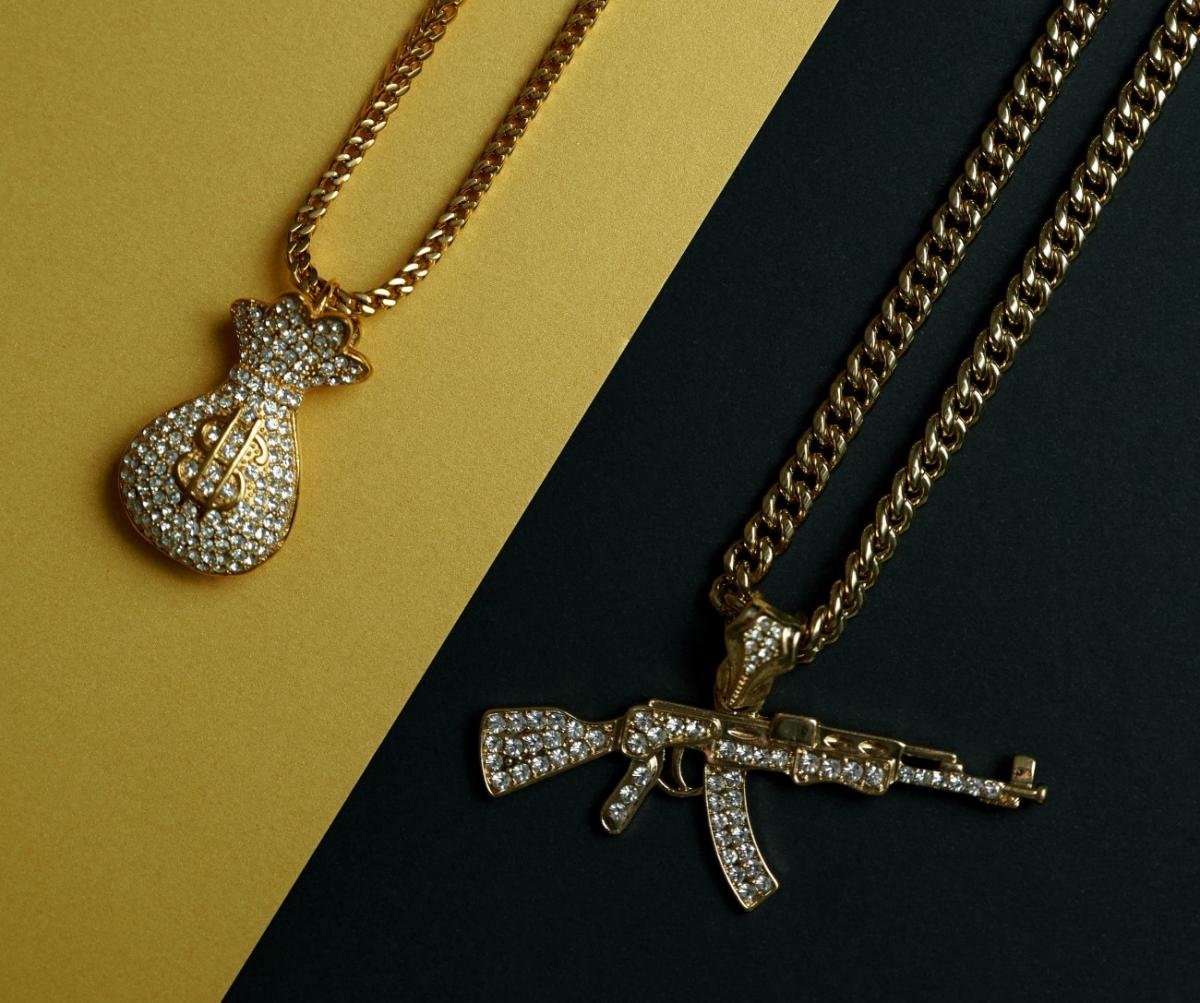 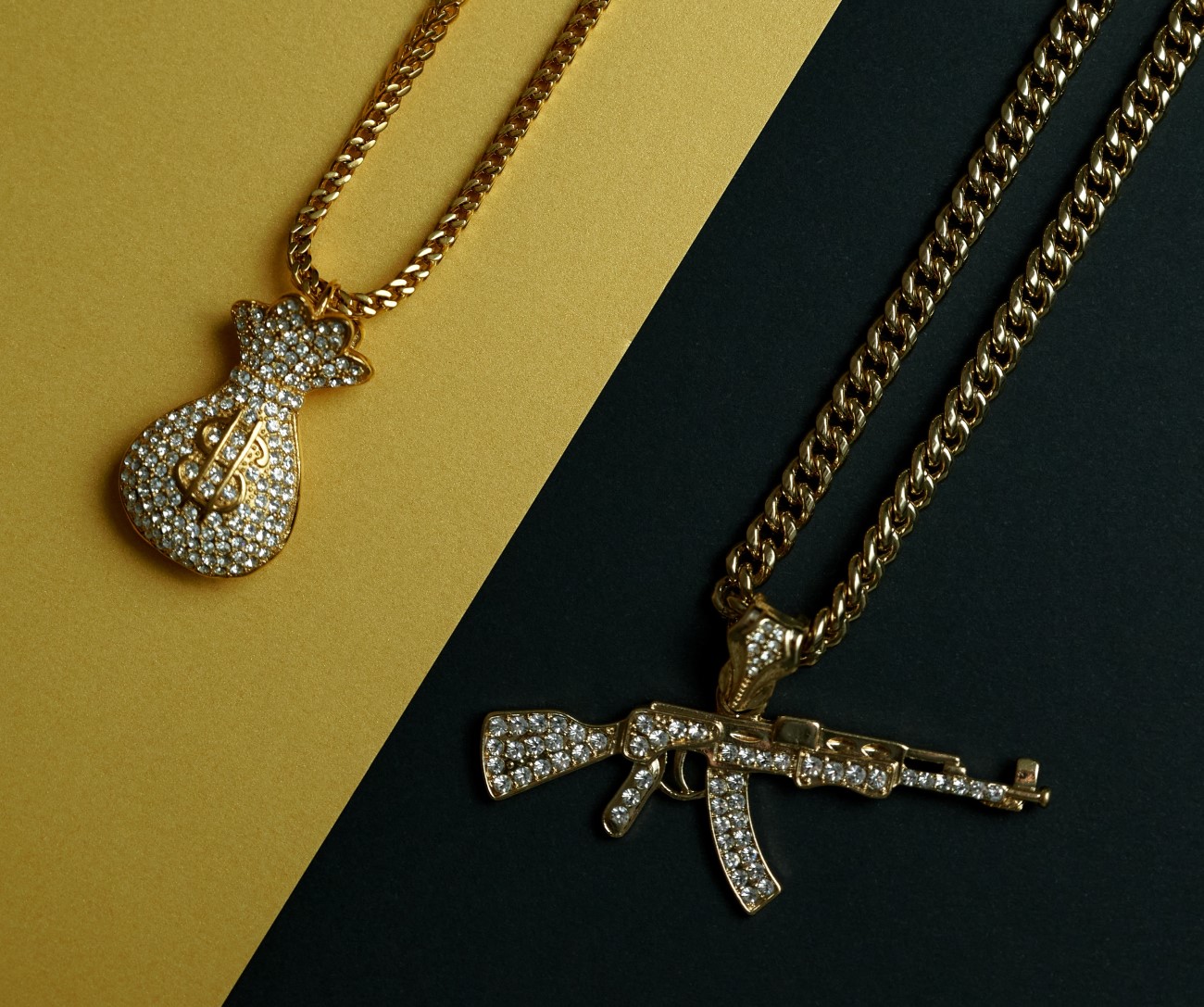 Men’s jewellery, and in particular men’s gold chains, has seen some stark changes over the last century, and even more so in the last millennia. History shows that one of the earliest uses of the gold chain dates back to Ancient Egypt, when they were worn for good luck, as well as to scare away evil spirits.

The gold chain has evolved to become one of the most versatile and long lasting pieces of men’s jewellery and it’s easy to see why. From small figaro and rope chains that can be worn on a daily basis to gold chains dripping in diamonds, there’s so many styles available.

For many years gold has been worn as a symbol of strength, wealth and eternal love, and today, this precious metal is commonly associated with the notion of success.

In this blog post we’ll be looking at the full history of the gold chain.

Gold has been valued across all cultures for many hundreds of years and has always been a highly sought after material — something that drove the demand for gold. Throughout history, flashy jewellery has been a sign of wealth and has been used to symbolise numerous things, from displaying a person's social status to forming part of wedding dowries.

Men’s suits were a fashion staple throughout the early 1900’s and although the style of suit changed depending on the time, day and ccassion, the accessories often stayed the same. During this time, the most popular use of the chain was for pocket watches and tie bars linked with chains. For these purposes, cable link chains and flat linked chains were most commonly used.

With a change in culture and seeing the back of the great depression, the 1930’s saw a huge shift within the world of fashion. With an economic uplift in the late 30’s, menswear became much brighter and more eccentric; expressing personality became an essential part of men’s fashion, with bright colours and jewellery galore. As a result, the gold chain tie holder was among the items that enjoyed a huge surge in popularity.

The early 1950’s saw a change in menswear: it was the end of wearing three-piece suits and pocket watches on a daily basis and instead, more collegiate or “preppy” styles took their place. The 1960’s also saw edgy and newer genres of music hit the scene, with The Beatles and Bob Dylan among the artists popular at the time. These changes resulted in long layered chains and medallions becoming part of the fashion world.

Potentially one of the most extravagant eras for men’s jewellery, 1970’s gold chains were larger than ever and extremely eye-catching. Gold chains and chunky gold bracelets were made popular by celebrities such as John Travolta, as well as the birth of the punk music scene. With groups such as the Sex Pistols becoming hot on the music scene, there was a huge rise in thick and heavy gold chains. Moving into the 1980’s, the gold chain was made a fashion staple with the rise of rap and hip hop groups like Run-DMC.

The 90’s solidified the gold chain as an essential part of hip hop culture. From plain chains and diamond encrusted skulls, to crosses and branded pendants, record labels began flaunting these huge chains and they almost became part of the musicians’ marketing strategy. Even today, many 90’s artists are still known for their wonderful and wild chains, many of which have become iconic within the music industry.

From Kayne West to Jay Z, a long progression of hip hop stars rocking their sparkling diamond and gold chains has solidified men’s gold chains as a symbol of success. As a result, many chains in modern times are bespoke pieces of jewellery that feature hundreds of carats of diamonds and can weigh more than 10 pounds.

Gold chains have almost become a dress code within the industry. No matter who your rap icon is, it’s hard to find a hip hop artist who hasn’t sported one of these extravagant gold chains. In fact, some of the most expensive gold chains are those worn by rap artists today.

There have been many different types of gold chains throughout history, each offering a different look and appeal to the person wearing it. Today, gold chains are popular because they never go out of style. They can be worn for years to come, styled with everyday outfits as well as dressy occasions.

Mariner chains are made from a mixture of single small round links as well as larger oval links. These chains are made to resemble the chain attached to a boat anchor and are available in a wide range of width and weights, making them extremely popular among men’s fashion.

Rope chains are made from small links that are joined together in a twisted pattern to reflect genuine rope. They’re often available in smaller, daintier weights that can be worn with or without a pendant, as well as larger heavier chains that are the star of the show.

Figaro chains were first created in Italy and were a popular design among Italian jewellery designers. The defining feature of this style is the variation of the link chain. Figaro chains combine different sized and shaped links into the same gold chain, creating a unique look that can be worn with or without a pendant.

Did you know the history of gold chains spans for centuries? We’d love to hear! Why not let us know on Instagram or Facebook?