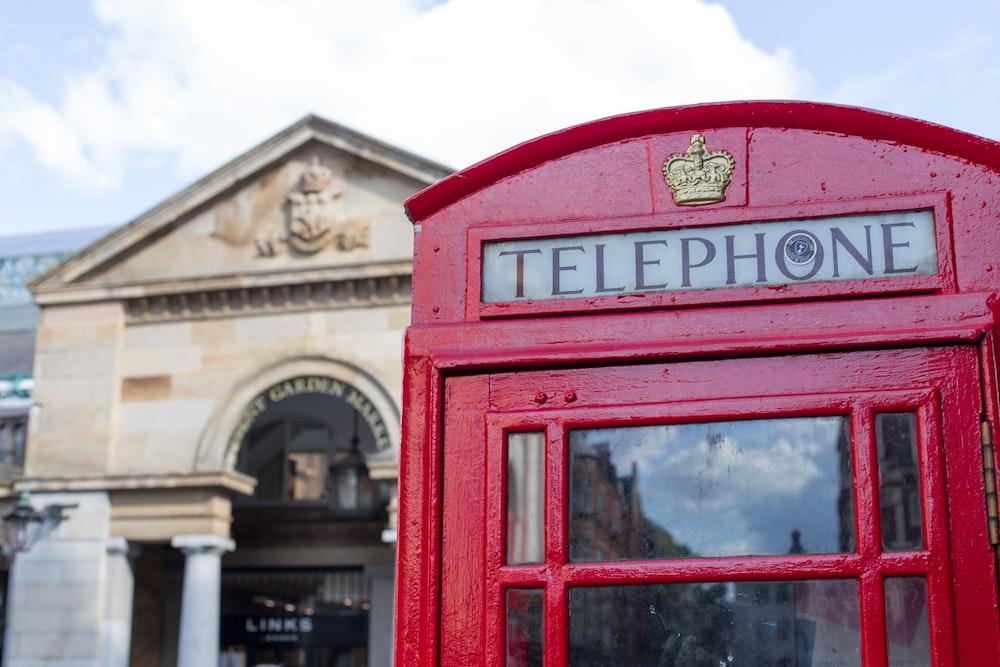 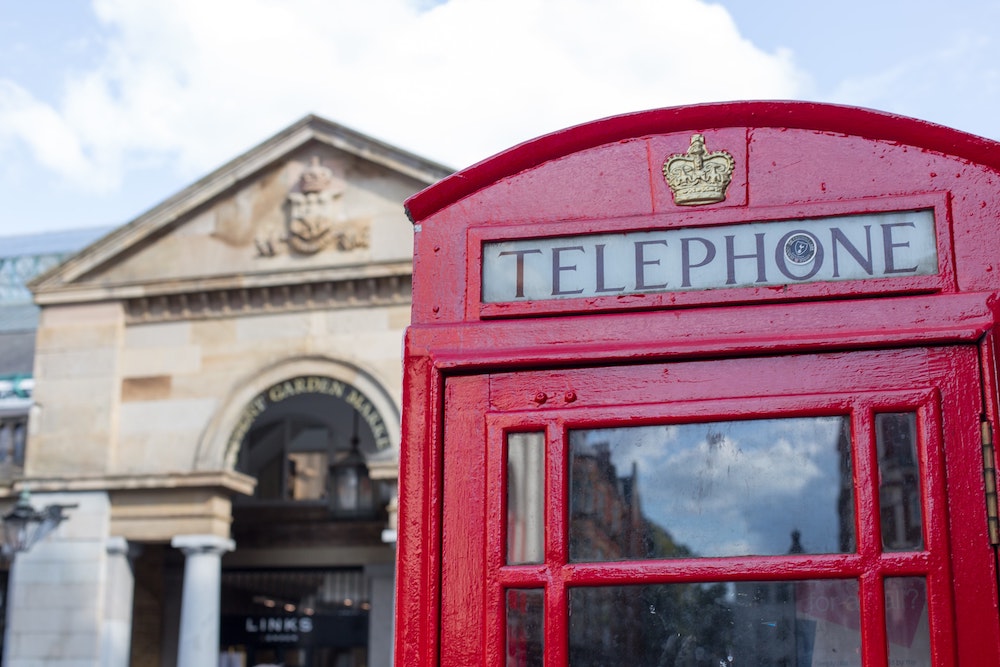 There’s no denying that London is one of the most beautiful cities in the world. With the rise of social media, it’s also become one of the ultimate destinations for those looking to add some flavour to their Instagram or Facebook feeds! From the iconic red buses to landmarks such as Big Ben, London really is the perfect place for any budding photographer.

In this blog post, we take a look at 15 of the most Instagrammable places in London, from the famous landmarks to the hidden gems. 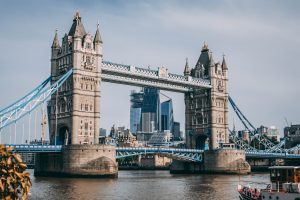 Built between 1886 and 1894, Tower Bridge has been a major part of the London skyline for over a century. As one of the most famous landmarks in Europe, it’s also one of the most popular places in London for an Instagram photo. Plus, you’ll get a lovely view of the River Thames whilst you’re there!

Walk to the top of Primrose Hill for a stunning view of the London skyline, perfect for an Insta pic. It’s also a popular filming location and featured in blockbusters including “Paddington” (which was filmed in nearby Chalcot Crescent) and in the opening scenes of “Bridget Jones: The Edge of Reason”. Situated opposite Regent’s Park in Camden, it’s just a short ride on the underground from any location in the city of London. 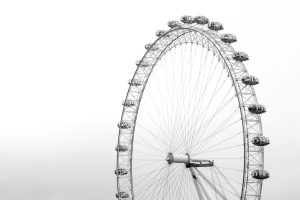 Your photo options are almost endless at the London Eye; whether you want a snap from one of the pods with Big Ben in the background, a close up shot from street level overlooking the River Thames, or even a quick pic from the opposite side of the river. We recommend visiting at sunset for an extra special experience. 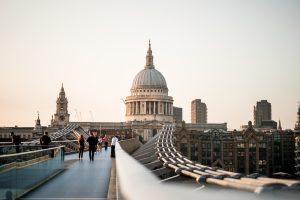 This steel suspension footbridge opened in 2000 to celebrate the turn of the millennium. It’s become an iconic tourist spot for photos and has also appeared in films, including in “Harry Potter and the Half Blood Prince”. Stretching over the River Thames and with an unforgettable view of St Paul’s Cathedral in the background, it’s a great location to get some amazing photos. It’s also right next to the famous Tate Modern gallery, home to some of London’s finest contemporary art.

Just a 15 minute walk from Millennium Bridge, Hatton Garden is one of the world’s most renowned jewellery hubs. Your Instagram will be hot property after posing for a snap on this famous street in your newly-purchased gold chain or iced out bracelet. Why not get a bite to eat at Leather Lane Market whilst you’re there?

Arguably one of the coolest boroughs in London, Camden Town is home to the famous Camden Lock which attracts over 28 million visitors each year. Filled with picturesque canals, market stalls and colourful buildings — plus a bronze statue of Amy Winehouse — everything about this area just screams “Instagram”! 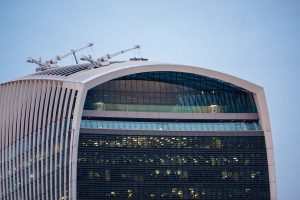 Ever walked around your local park and thought “This would be cool if I was 500 feet up in the air”? Probably not, but this unique attraction is fast becoming one of London’s Instagram hotspots. As London’s highest public garden, the views from Sky Garden are simply breathtaking and the botanical settings make you feel completely at one with nature.

With a history dating back to the 7th century, Covent Garden is now most famous for its high-end shops, craft market stalls and street entertainment. Pose for a picture outside the iconic Apple Market building or with one of the many street entertainers. While you’re here, make sure you explore Neal’s Yard, a historical and multi-coloured corner of Covent Garden that’s just calling out to be shared on social media! 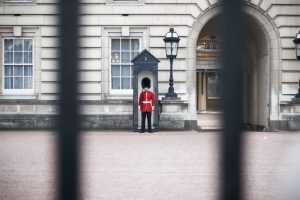 Would it really be a day out in London if you don’t take a picture in front of Buckingham Palace with one of the Queen’s Guards? With their instantly-recognisable red uniform and tall, bearskin hats, the “Beefeaters” have become synonymous with London tourism. What’s more, Trafalgar Square and the Palace of Westminster are nearby, so there’s plenty of opportunities for a quick photoshoot. 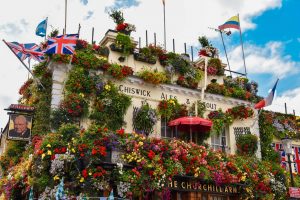 This unique Kensington pub is unlike any other in the UK. Set in what is already one of the most attractive areas of London, this corner pub is literally covered in flowers and greenery. The pub comes to life in the spring and summer months when the flowers start to bloom, making for the perfect Instagram picture. It’s also known to make a great photo opportunity at Christmas.

As one of the most famous streets in London’s West End, Regent Street is instantly recognisable in photographs; especially when the Christmas lights come out. You could even pose for a snap in one of the many high-end storefronts such as Burberry, Stone Island or Michael Kors. When you’re done shopping, take a short walk to Regent’s Park where you’ll find a beautiful boat lake and an Instagram-worthy fountain. 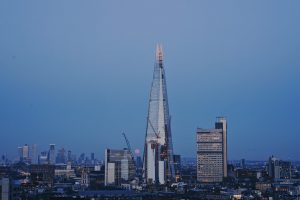 If you’re a London regular, you may have already ticked this one off your list. But if not, a trip to the open-air Skydeck on level 72 of The Shard is a must. Don’t forget to take a picture of your five-star meal at one of the many restaurants in the UK’s tallest building, too. Alternatively, if you’re looking for a little luxury, you could stay in the Shangri-La Hotel where you can enjoy the panoramic views from the infinity pool.

Just an hour on the underground from King’s Cross, the Royal Botanic Gardens in Kew is a world away from the skyscrapers of London’s city. The huge conservatory is the focal point of the 326-acre site, home to some of the most stunning plants in London. If you’re a real plant lover, then The Palm House is the perfect place for a photo. 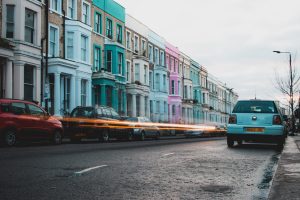 Home to the famous Notting Hill Carnival, this vibrant area of West London makes for some of the best photo opportunities in the city. From the local market stalls to the colourful terraced houses on Portobello Road and Lancaster Road, you’ll likely recognise this area from films such as “The Italian Job”, “Paddington” and the aptly-named “Notting Hill”.

As the world’s oldest scientific zoo, London Zoo in Regent’s Park has been around for nearly 200 years. Pose for a snap next to one of the 20,000 animals in the zoo, from polar bears or giant pandas to gorillas and orangutans, or attend one of the daily talks. Because London Zoo is located on the edge of Regent’s Park, it’s also the ideal location to explore many of the spots on our list, including Primrose Hill and Camden.