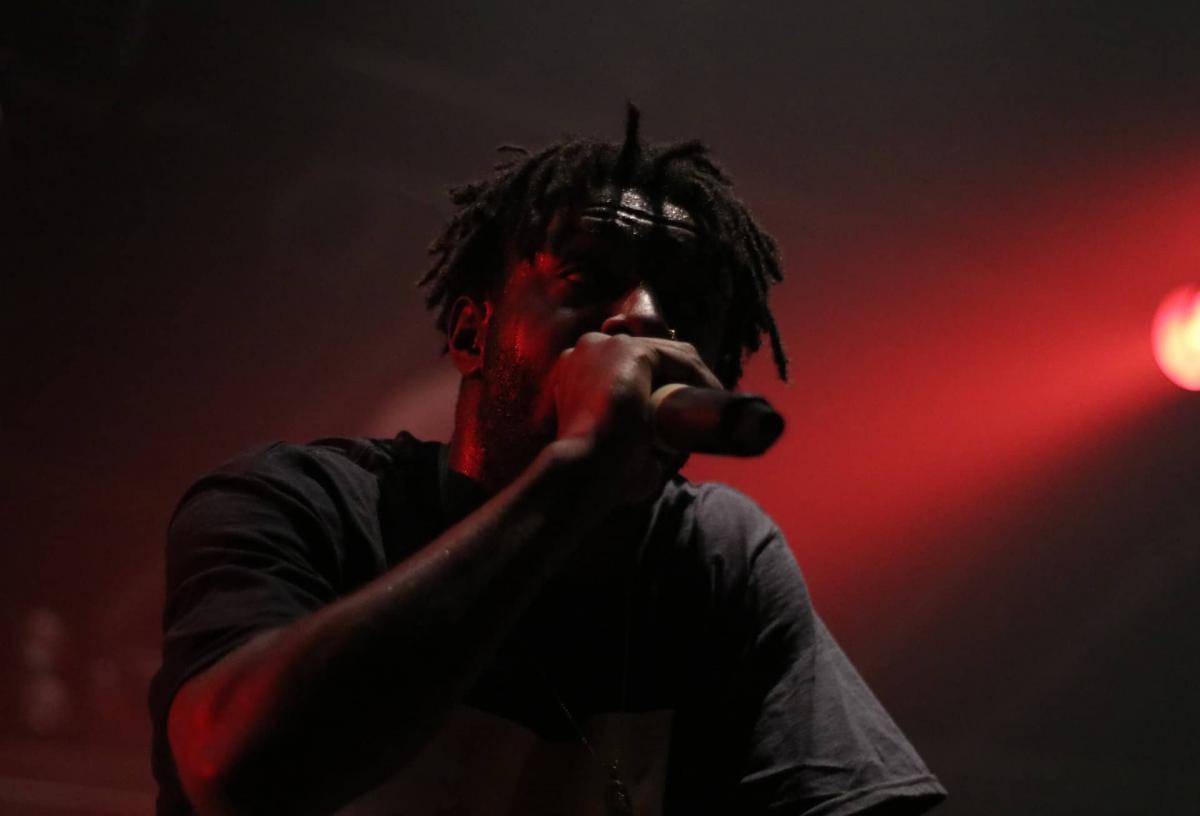 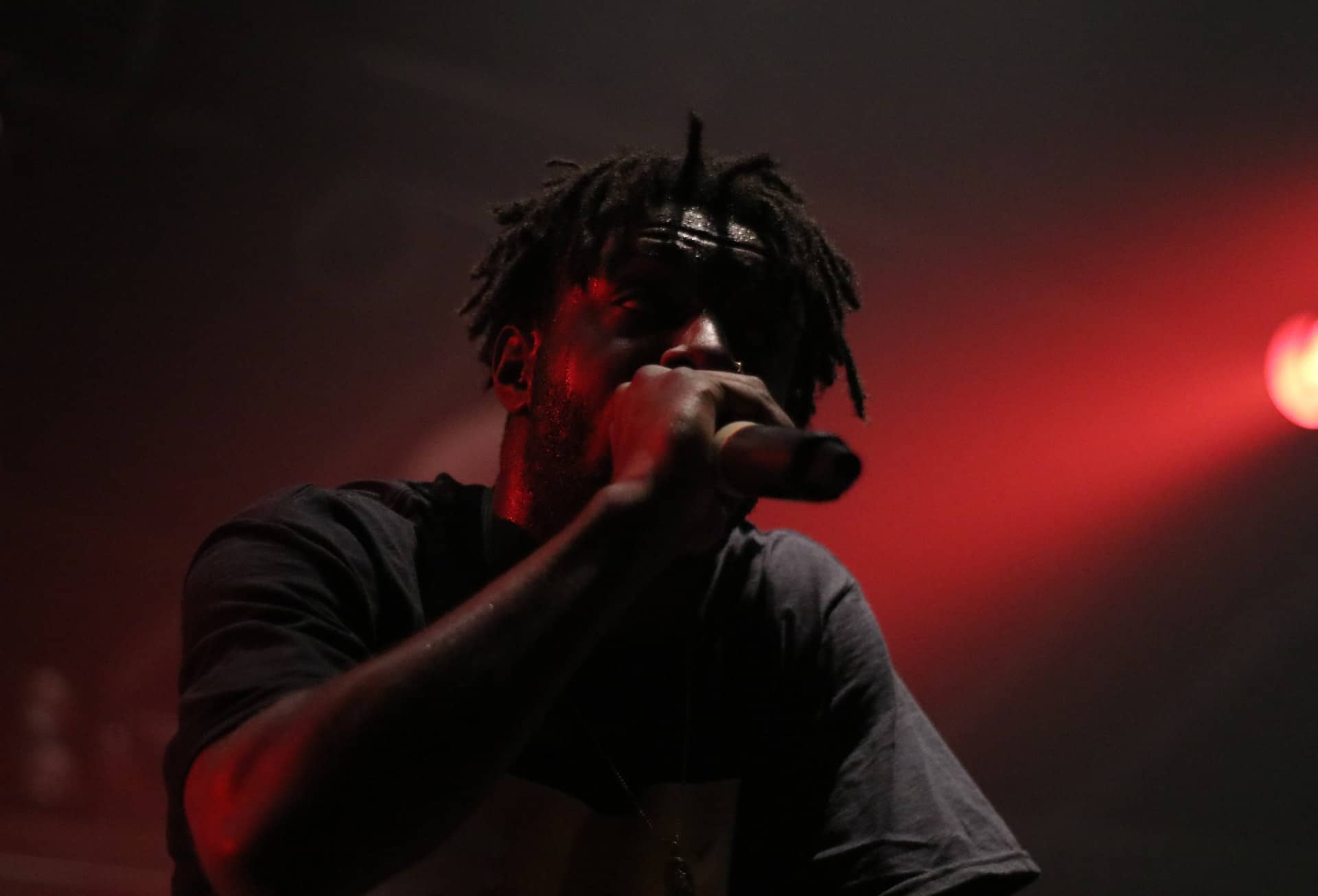 Over recent years the popularity of rap has skyrocketed and surpassed rock to become one of the most popular music genres. The UK rap scene has taken over, with artists like ArrDee, Central Cee, Digga D and Stormzy topping the charts, receiving millions of streams, accumulating incredible jewellery and headlining worldwide shows and festivals.

With new up-and-coming rappers taking the scene by storm, we are seeing more and more names coming to the forefront of UK hip hop and rap. The underground rap scene is thriving and upcoming artists are receiving millions of views within a matter of months.

In this blog post, which follows on from our popular 2020 piece, Hatton Jewellers shares some of the top UK rappers to watch in 2022 - and takes a look at some of the heavy jewellery they've been investing in.

Top Ten Global Artists in 2021 According to Spotify 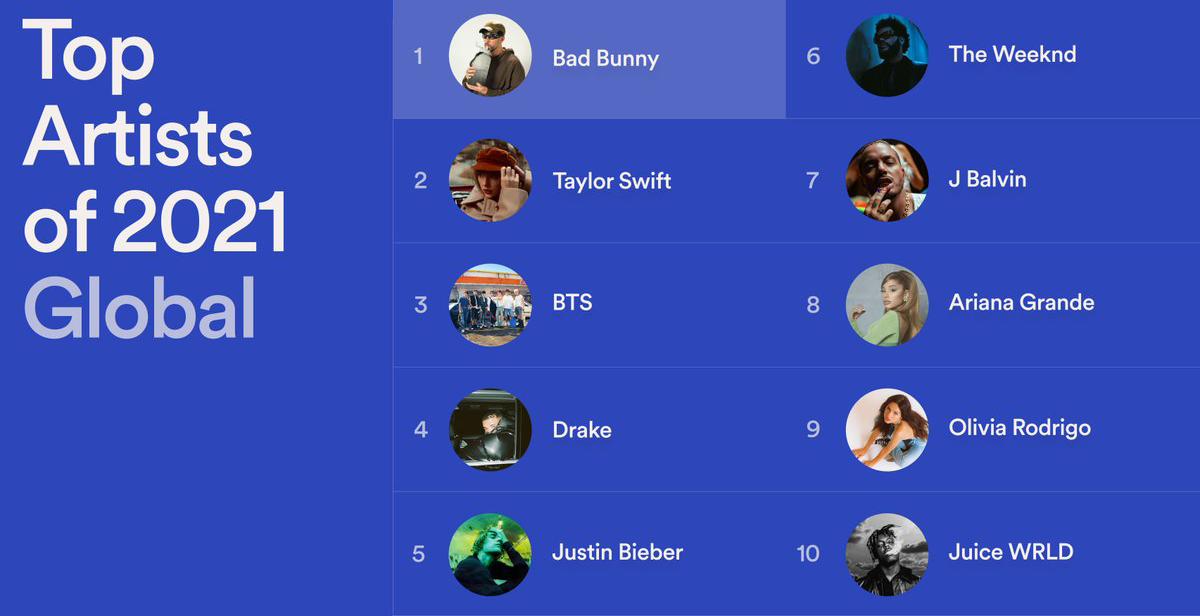 The annual #SpotifyWrapped campaign took off again at the end of 2021, as Spotify unveiled the top 50 most streamed artists of the year globally. For the second consecutive year, Spotify announced that Latin rapper Bad Bunny ranked at number one, earning over 9.1 billion streams worldwide during the tracking period. 2021 marked a new best single year stream count for any artist in the platform’s history, topping his own mark of 8.3 billion last year.

Bad Bunny wasn’t the only rapper in the top 10, with fellow rapper Drake at number 4 falling two places, although he re-gained the top ranking on the US version of the listing this year. He was closely followed by J Balvin who fell four spots to position 7 and Juice WRLD whom dipped six spots to number 10.

Central Cee is a British rapper and songwriter from Shepherd’s Bush, London and came to success in 2020 with the release of his hit singles ‘Day in the Life’ and ‘Loading’. Then in 2021 he released his first mixtape, ‘Wild West’ which debuted at number two in the UK album charts. This year he is set to release his second mixtape - he is definitely one to watch! 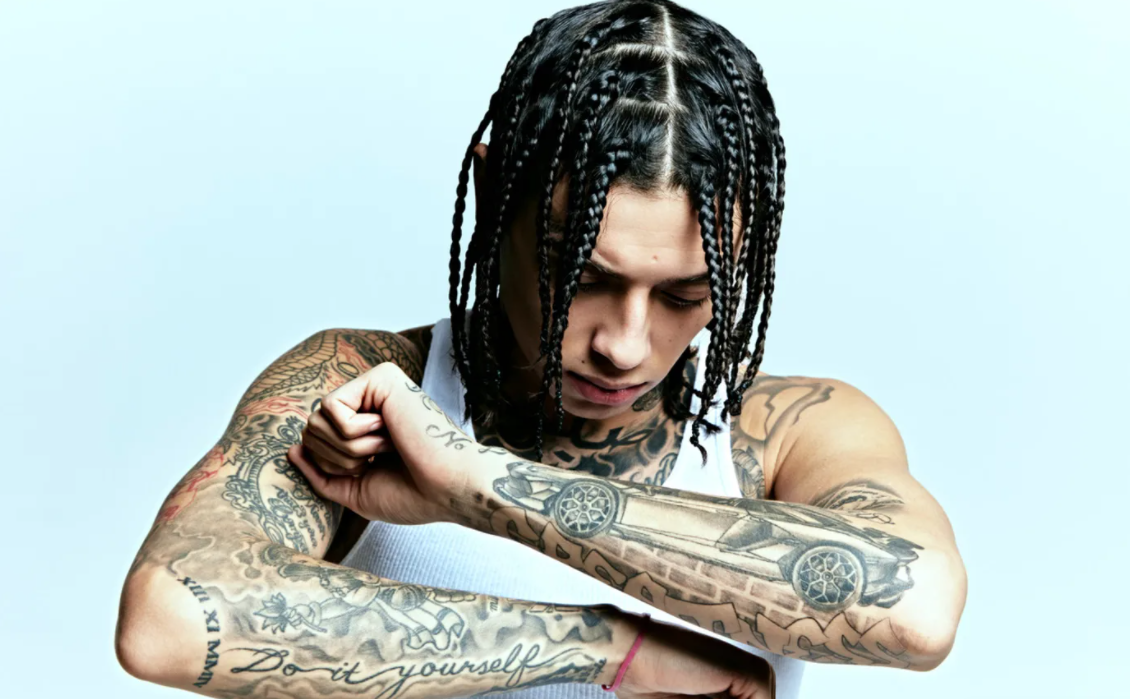 British born rapper, Digga D, gained his recognition as part of the UK drill collective “1011” in 2017 and was considered a pioneer of the UK drill scene. With five singles making the UK charts and his mixtapes, ‘Double Tap Diaries' and ‘Made in the Pyrex’ reaching number 11 and 3 in the album charts, he will surely stay ahead of the rap scene in 2022. 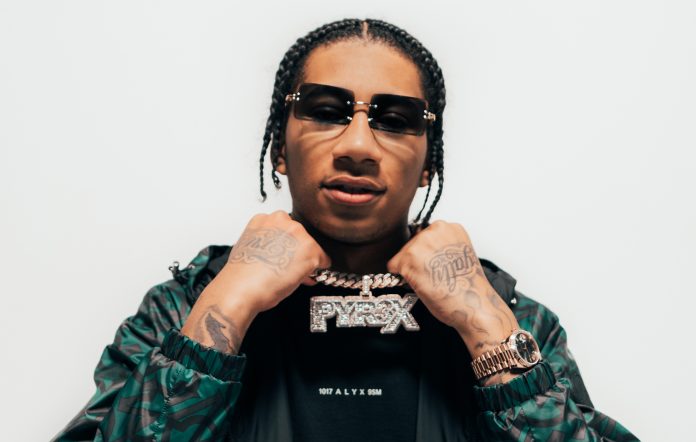 Riley Davies, known professionally as ArrDee, is a British rapper from Brighton. Arrdee saw success being featured on the remix of Russ Millions and Tion Wayne's song ‘Body’, which topped the charts in various countries including the UK and became a viral hit on TikTok. He then released the single ‘Oliver Twist’, referencing the book by Charles Dickens, which peaked at number 6 on the UK singles charts. 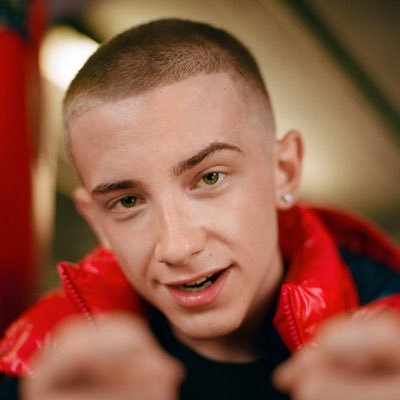 Tion Wayne, also known as Dennis Junior Odunw, is a British rapper and DJ from Edmonton, North London. Tion Wayne appeared in the top 10 singles charts as a guest rapper in NSG's ‘Options’, ‘Keisha & Becky’ with Russ Millions and KSI's track ‘Houdini’. He then went on to get another top 10 hit with ‘I Dunno’ featuring Stormzy, which peaked at number 7, and his first number 1 with ‘Body’ in 2021. He is bound to continue to grow throughout this year. 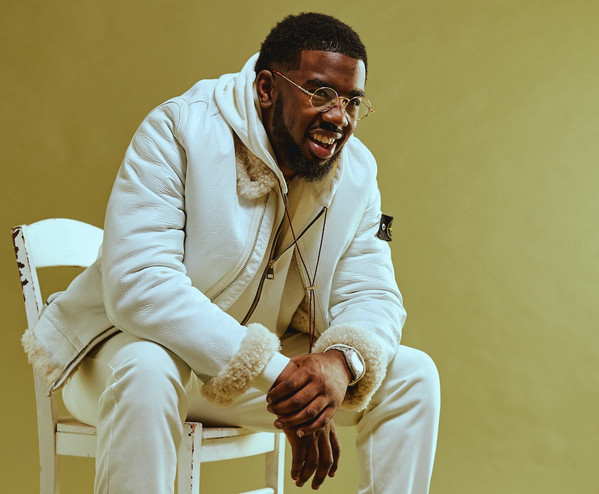 Rimzee, previously known as “Rimz”, is from Upper Clapton, Hackney, and is an artist known for depicting a life of luxury through his creative wordplay which highlights the struggles he has faced in life through carefully structured lyrics and storytelling. In 2020 Rimzee thrived on the UK rap scene with his sequel mixtape ‘The Upper Clapton Dream 2’ and we are sure he will continue to take the scene by storm this year. 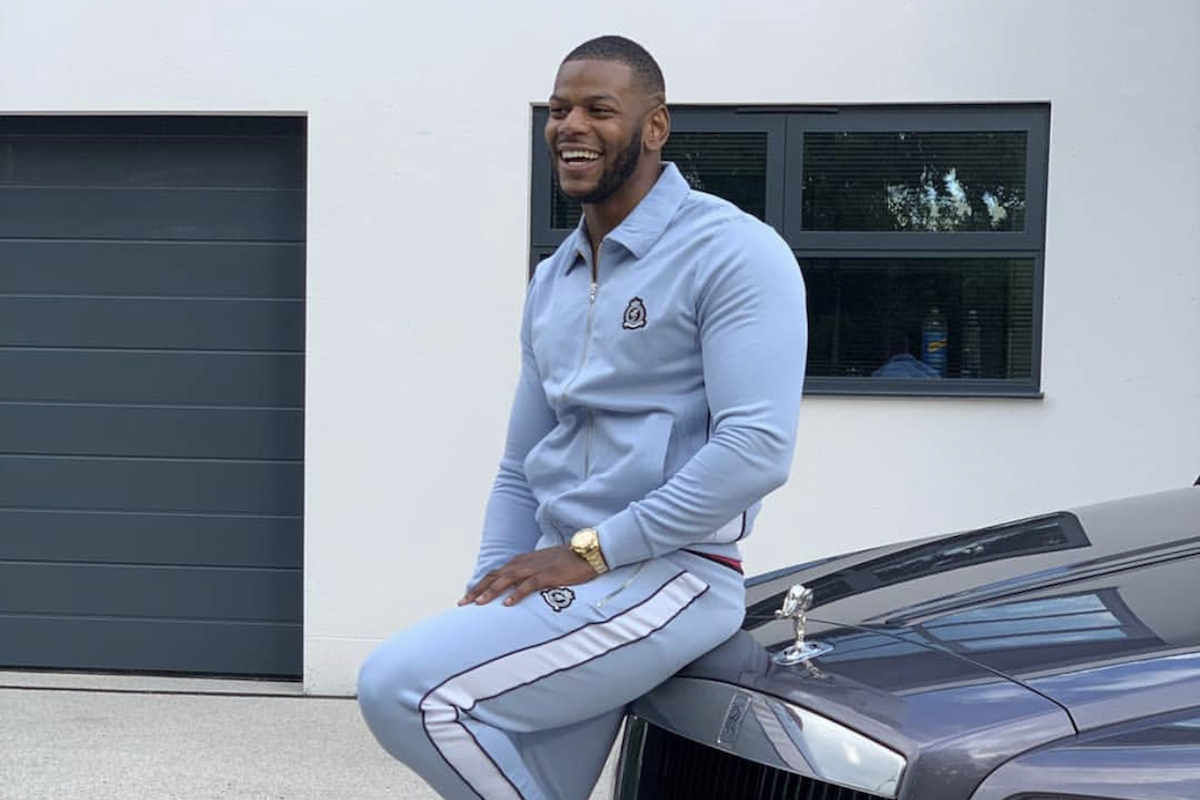 Poundz is a South London rapper who has worked his way to the top of the hip hop and rap scene and will continue to take the crowds by storm in 2022. His track ‘Fortnite’ has got over 10 million views on YouTube and he had a top 40 hit with his single ‘Opp Thot’. Followed by his single and subsequent video for ‘Smooth Criminal’ – which was inspired by Michael Jackson’s classic record – Poundz is steadily continuing with his music takeover. 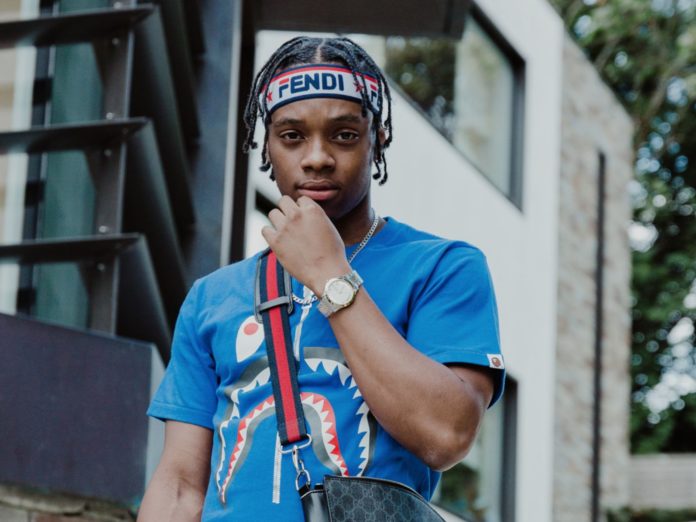 Miguel Rahiece Cunningham, known professionally as M1llionz, is a British rapper from Birmingham, West Midlands. Developing a sound which is influenced from his Jamaican roots, he landed a top 40 single with ‘B1llionz’ in 2020 - his first song in the charts. In 2021 he released his debut mixtape ‘Provisional Licence’ which features renowned rappers like Headie One, AJ Tracey, Lotto Ash, and Jevon. With the year already in full swing, we are excited to see what M1llionz will bring to the UK rap scene! 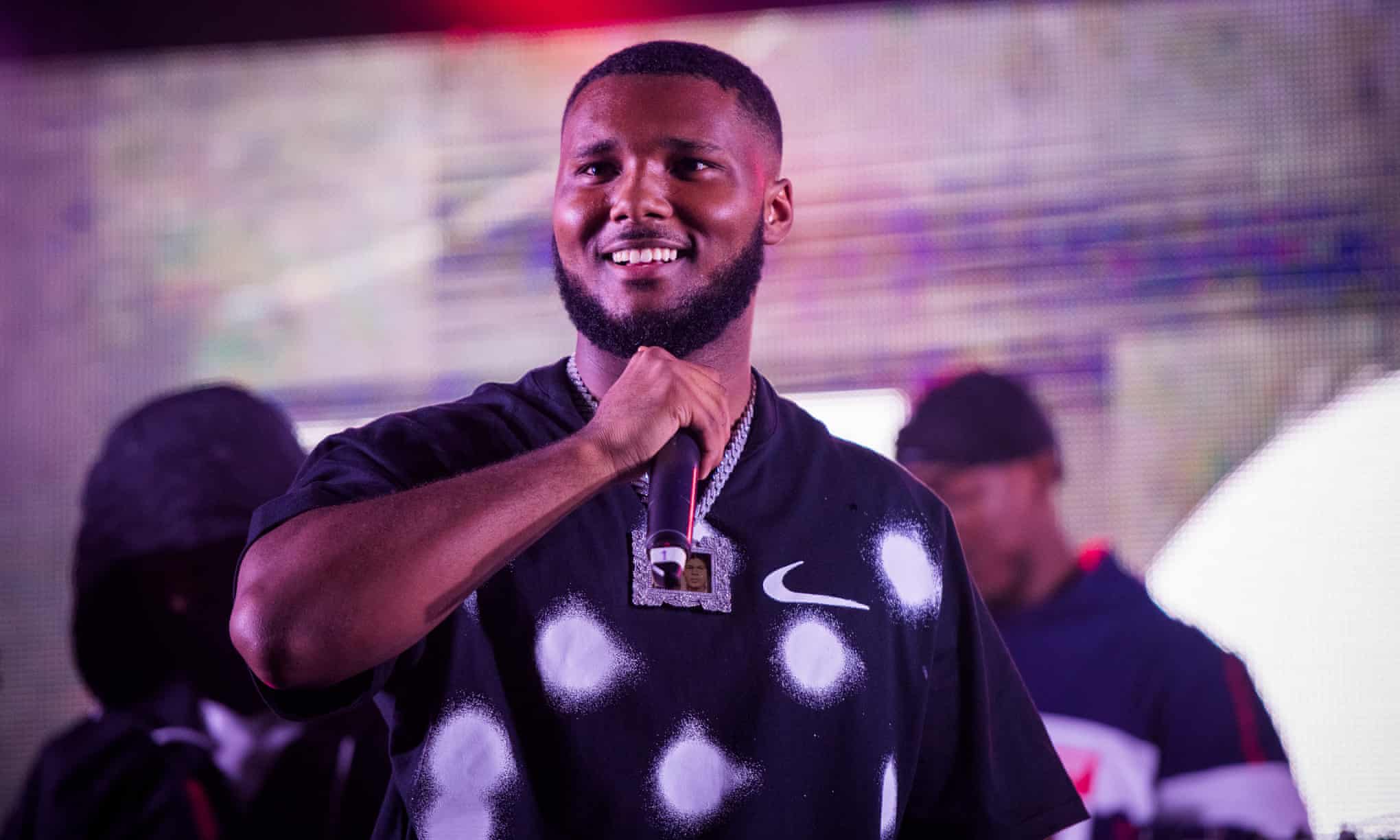 A1 and J1, whose real names are Phineas Waweru and Joshua Somerkun, are a British hip hop and rap duo. In February 2021 they released their debut single, ‘Latest Trends’ which turned out to be a huge hit and reached number 2 in the UK charts, leading them to make remixes with rappers like Aitch. They then released a second single ‘Baby’ featuring British singer and rapper Deno and featured on the deluxe edition of KSI’s album ‘All Over the Place’, as well as recording a song for the Plugged In series by Fumez The Engineer. Watch out for these two in the charts throughout 2022! 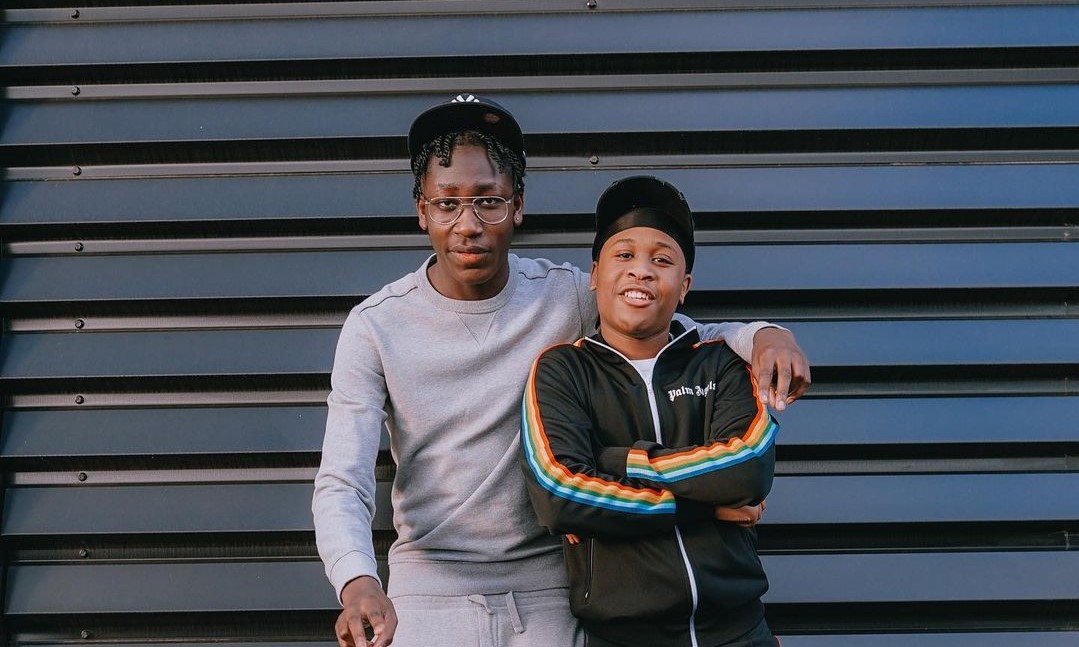 Silky is a British rapper and musical artist who loves to keep his private life out of the spotlight. Keeping his real name, birthday and more unknown, he has multiple hits under his belt. Famous for his direct storytelling lyrics, Silky’s music is spirited, raw and easy to understand - even to people who don’t necessarily relate to his stories. In November 2019 he released his song ‘Sticks & Stones’ and in 2021 released ‘Wanna Be’ which reached the UK Top-40 charts, highlighting the start of his growing career ready to take the rap scene by storm in 2022.

Aitch, also known as Harrison Armstrong, is a British rapper and songwriter from Manchester. He broke through the rap scene with his solo single ‘Straight Rhymez’ which gained over 24 million views and brought him to the attention of London rapper Stormzy. Aitch has released three singles that have charted within the top 40 in the UK, including ‘Taste (Make It Shake)’, which peaked at number 2 on the UK singles chart. Aitch has had five UK top ten singles and is bound to have more in 2022.

Most Streamed UK Music in 2021

Within the UK our listening habits are pretty predictable. Drake came in top for the most streamed artist in the UK, whilst Olivia Rodrigo’s ‘good 4 u’ topped the song charts. The American teenager also nabbed the crown when it came to most-streamed album, with her world-conquering debut ‘Sour’, while Ed Sheeran's ‘=’ came second, despite only being released at the end of October.

Check out the UK’s results below from the annual 2021 #SpotifyWrapped.

Most Streamed Artists in the UK

Most Streamed Songs in the UK

Most Streamed Albums in the UK

So, there you have it – our top UK rappers to keep an eye on in 2022. Are there any other artists that deserve to be on this list? Why not let us know on Facebook or Instagram?